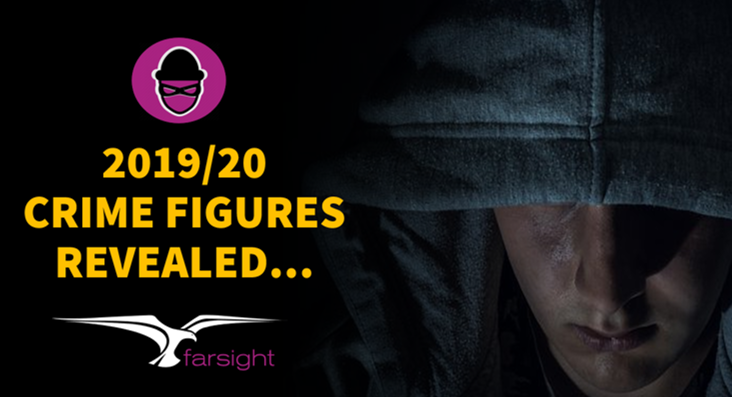 As a leading remote security monitoring station, Farsight is committed to its vigilance in protecting our clients from the effects of crime that threaten their premises, assets and people.   In this article we look at the latest crime statistics in England and Wales for 2019/20  published by the Office of National Statistics (ONS) showing that over 5.7 million crime incidents were actually reported to police, but estimates of total crimes top 10.2 million.

These figures prompt a stark and very real reminder of the importance of optimising your security to maintain a proactive approach rather than a retrospective one – to protect what is yours from both physical crime and cyber crime, when it counts.

The ‘Crime in England and Wales: year ending March 2020’ report is made up of two main sources of information: Police recorded crime and the Crime Survey for England & Wales (CSEW).

The following Police recorded crime figures have been collected from 43 territorial police forces of England and Wales, plus the British Transport Police. These provide the primary source of local crime statistics and an indication of emerging trends.  These do not include crimes that were not reported or not recorded by police.

Commenting on these figures, Sophie Sanders from the Office for National Statistics Centre for Crime and Justice said, “Prior to lockdown we saw police recorded crime increase. This has been driven, largely, by a rise in high volume offences.” However, there was an 11% reduction in police recorded crime in March 2020 compared with March 2019.

Overview of the main crime types:

A total of 5.7 million crimes were reported to police in England and Wales, year ending March 2020.

Below is an overview of some of the main crime types and incident numbers reported to the police:

The CSEW is large nationally representative sample survey that covers crimes not reported to the police, but does not cover crimes against businesses and those not resident in households.  This data is considered a reliable measure of long term trends, but due to potential time lag between crime occurrence and survey data collection, it is not considered a good measure of emerging trends.

The CSEW estimated that over 10.2 million offences were experienced by adults aged 16 years and over in the previous 12 months based on interviews in the year ending March 2020.

The likelihood of being a victim of crime varies by crime type:

The CSEW also measures the prevalence of crime, with the latest estimates showing that 2 in 10 adults experienced crimes asked about in the survey in the previous 12 months. The below chart shows that the likelihood of being a victim of crime varies by crime type.  These are shown as percentages:

We explore some of these crime types in more detail

We understand the threats that many businesses face from crime, the effects of which can be devastating not only from loss of assets and/or damage to property but also for its people. We also understand the benefits of optimising security measures and the peace of mind that this can bring. That’s why regularly publish tips and articles on the best ways of optimising your security, like these:

We looked further into the above crime statistics to explore some of these incidents in more depth:

The report defines a rising trend in crimes involving knives or sharp instruments driven by an increase in robberies. Figures for the year ending March 2020 showed a 6% rise in offences involving knives or sharp instruments recorded by the police in the latest year to 46,265. However, the latest year was 51% higher than when comparable recording began in 2011 and is the highest on record.

The offences “assault with injury and assault with intent to cause serious harm” and robbery each accounted for 44% of all offences involving a knife or sharp instrument. These figures varied by police force area, for example London saw an increase of 7% and West Midlands saw 10% increase.  The below shows how offence rates and changes in the volume of crimes involving knives or sharp instruments vary by police force area: 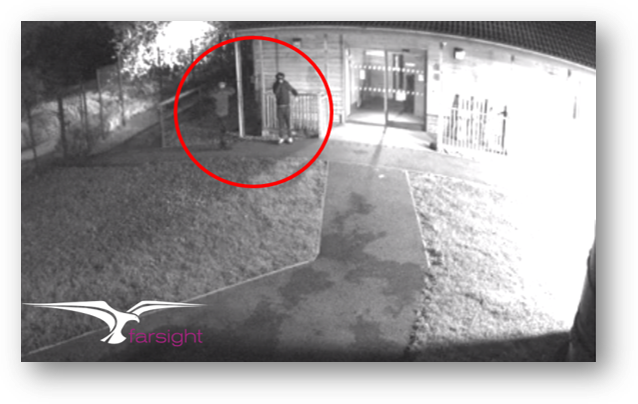 There were 356,017 burglary offences recorded by the police in the year ending March 2020, and robbery (an acquisitive crime involving violence or the threat of violence) increased by 6% to 83,241. There has also been an increase in police recorded theft from the person by 10% to 106,035 offences.

The Crime Survey for England and Wales (CSEW) estimates of criminal damage offences fell by 13% to just under 1 million offences in the year ending March 2020, with criminal damage to a vehicle at 675,000 offences.

Criminal damage costs UK businesses dearly, we recently published an article on this for further reading: Who is watching your business security? This articles digs into a report by the Home Office: Crime against businesses.

The Crime Survey for England and Wales (CSEW) provides the best measure of fraud offences experienced by adults in England and Wales. In the year ending March 2020, the estimated number of fraud incidents was 3.7 million offences.

In the year ending March 2020, CSEW-estimated computer misuse offences did not change from the previous year, remaining at around 900,000 offences. This increase was driven by large increases in the two highest-volume computer misuse types reported to Action Fraud. “Hacking – social media and email” saw a 55% increase from 8,340 to 12,894 offences and computer viruses/malware saw a 61% increase from 4,177 to 6,745 offences.

For further reading on fraud and computer misuse Farsight published these articles:

Want to talk about optimising your security?

If you want peace of mind that your property, people and assets are being protected by proactively preventing incidents with CCTV remote monitoring, Fire & Intruder alarm monitoring or even Lone Worker Protection– we can help. Or if you are an installer looking to partner with us, we would love to speak.

Our remote monitoring experts are on hand to answer your queries and tell you about our cost effective remote monitoring packages, simply complete the contact form. Alternatively, feel free to give us a no obligation call on 0845 371 0101 or you can request a call back.

Want to stay in the know about security?

If you haven’t already, why not subscribe to our security updates, industry news and commercial sector articles? You’ll receive them directly to your inbox.