Security and CCTV installation is a niche market and sometimes, when you’re trying to look for advice and guidance online, it can seem like resources are a little limited. That’s why we started a blog and dedicated our Facebook and Twitter to providing extra info to installers about security systems, CCTV, remote monitoring and more. Not to mention our security installers newsletter too! 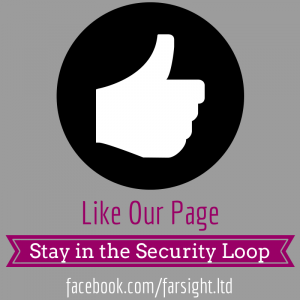 A Beginner’s Guide to the Security Standard for IP Tech

No doubt you’re already installing a lot of IP cameras at different sites across the UK and no doubt you already know the benefits of the technology. In 2014 PSi Magazine reported that it’s estimated over 60 per cent of UK retailers are planning to adopt IP in the next three years.

Facial recognition technology: How well does it work?

This article, from the BBC, looks at facial recognition technology in CCTV – and concerns over the police holding a database of around 18 million ‘mugshots’. Although this very much refers to public CCTV, it feeds in to the private industry too.

The article runs through the limitations of the technology and gives some background to the regulations. It’s important reading for those in the industry, as it shows where technology is progressing and gives some valuable insight into the public’s opinion on facial recognition’s use.

UK public must wake up to risks of CCTV, says surveillance commissioner

It’s difficult to miss Tony Porter, the surveillance commissioner, in the news at the moment. He’s started his time as the commissioner with a bang – encouraging debate on the use of CCTV and warning the public of the risks involved.

He’s pushing the adoption of the voluntary surveillance code as a great way to stay within legislation. It’s essential that installers are away of the code and the law.

At the other end of the spectrum is the news that Metropolitan Police Commissioner Bernard Hogan Howe is saying that CCTV needs to be put into every home. This article in the Guardian feeds back to the one previously on facial recognition technology – with Hogan signing it’s praises.

Although the debates from both Hogan and Porter appear to contradict one another, the importance of lawfully installed, used and monitored CCTV remains a priority.

One of our most popular blogs in the last 12 months is this one. Covering what those working in the security industry need to know about personal CCTV (wearable tech, dashcams etc), it’s had a great response from people. Why not have a read and leave us a comment?

Artist attempts to photograph all the CCTV cameras in central London

Here’s something a little more light-hearted, although still with a serious overtone about the use of public CCTV. This article on Mashable shows one artist’s project to photograph a lot of CCTV cameras in London. From an installer’s point of view, it’s pretty interesting to see a collection of photos of different cameras and the locations they’re positioned in – and what some people consider to be CCTV cameras!

Stepping away from traditional CCTV, this post looks more at the advancing access control technology that may be becoming more commonplace in the coming years. Or do you just think it’s one, slightly ‘out there’ company trying something a little quirky?

Wearable Tech: Could Hackers Steal a Video Record of Your Life? And Other Security Questions…

Wearable tech is a big topic today – and it may be one that affects our industry more and more over the coming years (think cameras being monitored solely on wearable tech).

However, this article shows that 82 per cent of respondents to a PwC survey said they feared ‘wearable technology would invade their privacy’. What impact could this have on your industry in the future?

Can your system support that new 4K camera?

It’s the latest security installer buzzword – 4K. But what actually is it? And what do you need to know about how a system will cope with the technology?

This editor’s blog on SecurityNewsDesk gives a great overview of the new technology whilst also giving you the information you need to make an informed decision about whether or not to install it.

How to commission a site

Have a look at our guide on how to commission a site with us here a Farsight – it’s a great guide that gives you a breakdown, step-by-step, on how to bring a site to Farsight. It includes an explanation of why certain steps are important and what they actually mean for the remote monitoring station, helping to give you a little more background to the process.

Finally, as I’ve listed mainly articles here I wanted to mention a few resources and websites that are generally just great places to go for up to date advice and information. To start with, PSi Magazine’s website is a valuable source of industry news, and Brian Sims’ blog TheSecurityLion is full of debate and opinion that installers will find very useful.

What resources do you find useful? If we’ve not listed them here, let me know in the comments!