Home » Blog » Just How Many Vehicles Are Stolen In The UK? 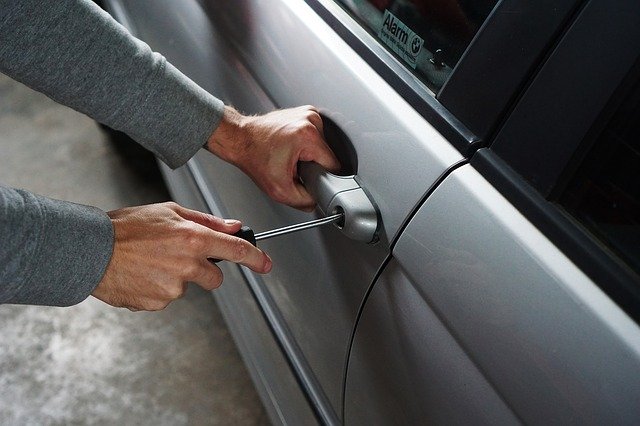 As a leading CCTV remote monitoring station working extensively with the automotive sector, Farsight have seen a stark increase in vehicle theft incidents and attempted thefts.  This prompted us to  publish a recent article examining the surge in vehicle thefts in the UK and how these surge affects businesses – “A vehicle is stolen every nine minutes in the UK”.

As an extension to the above article, we can now quantify total vehicle thefts across the UK as opposed to just car theft figures – a whopping 150,000 a year –  thanks to new data analysed and published by the RAC following a Freedom of Information request.

All but three of the police forces that responded recorded an increase in the numbers of vehicle stolen in their force areas.

“These figures paint a rather disturbing picture – vehicle thefts are on the rise almost everywhere, and in some parts of the country numbers are rocketing. It’s also not the case that the rises in crime are confined to a few larger urban areas, with many police forces covering more rural areas also seeing big increases.”

What is the cost of Vehicle Thefts?

A report by Motor1.com valued the cost of vehicle thefts to insurers at £1 million  a day in 2018 according to the Association of British Insurers (ABI), with figures for the first 3 months of 2019 suggesting a further increase in vehicle thefts – costing insurers £1.2 million a day.

A high proportion of vehicle thefts are from car parks, business sites such as vehicle retail forecourts, vehicle rental sites as well as plant equipment premises, transport & logistics firms  and agricultural businesses.  It is not just the cost of replacing stolen vehicles that businesses have to consider though – the disruption caused can be crippling for many businesses with working vehicles out of action, stock loss and even missing equipment.  Not to the costs of repairing damages to property caused from intrusion.

Vehicle thefts of course don’t just involve cars, but motorcycles, vans and even plant equipment.  This is evident in the 50% rise in construction site intruders during lockdown,  a 45% increase on van thefts over the past four years with 10,000 thefts in 2018-19 and the national average of 1 in every 46 motorbikes being reported stolen.

Many businesses are having to rethink their security as outlined in our recent article looking at what crimes are affecting UK businesses. Read Who is watching your business security?

How can businesses better protect their vehicles and premises from theft?

Criminals, whether part of organised gangs or opportunists don’t make it easy, especially at night when most businesses are closed.

Simon Williams of RAC Insurance acknowledges that, “Criminals appear to prefer stealing vehicles at night” and “The three biggest factors that determine whether a car is stolen come down to how it is secured, where it’s kept and the time of day.”

Effective CCTV monitoring has become a crucial element to consider when optimising businesses security, but of course there are many factors things that businesses should consider.  Farsight have collated some helpful recommendations and suggestions:

Where to position your CCTV cameras

Why security lighting makes all the difference?

What are audio warnings and how do they work?

15 factors to consider when choosing a remote monitoring station

Stay ‘in the know’ with Farsight