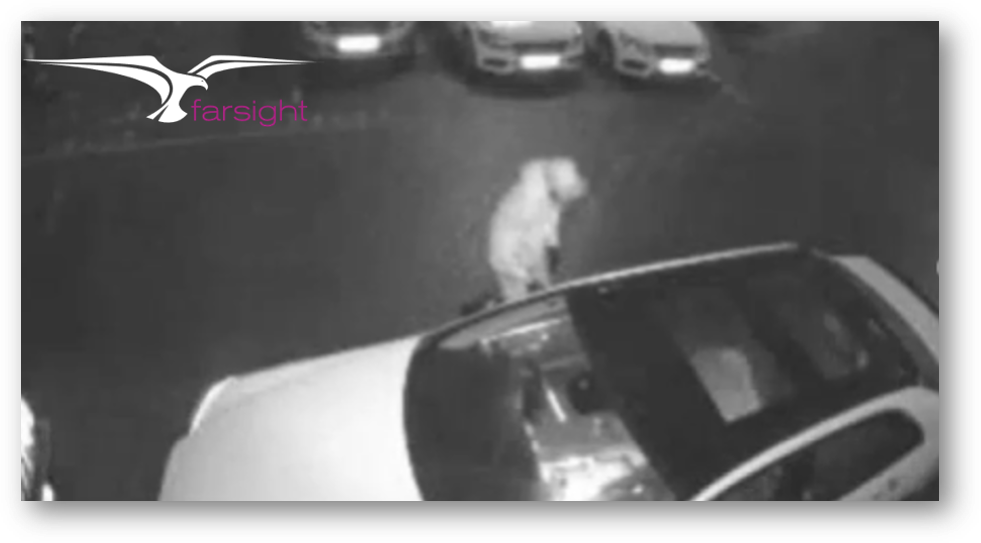 It has been widely reported that car thefts has surged. Farsight takes a deeper look at what the threats are,  where they are coming from, and how this rise in vehicle crime impacts businesses including motor dealerships car showrooms.

Staggering DVLA figures on car thefts obtained by Rivervale Leasing reveal 56,288 motors were stolen by criminals in 2019, which equates to 154 per day or one every nine minutes. The Association of British Insurers puts the costs of vehicle thefts and thefts from vehicles at a mammoth £376 million per year.

Reports of 45% increase in van thefts

Car Crime is an industry run at scale in the UK

Neil Thomas, director of investigative services at the fleet management company – AX Innovation describes modern car thefts as ‘an industry run at scale’. High-value models are being targeted by criminals who need specific cars to sell or to strip for sale or cloning. They even place their order with an ‘associate’ using an encryption messaging service such as WhatsApp.

The above image is from an incident caught on CCTV by Farsight where these car thieves were taking pictures of vehicles at a car dealership forecourt as they attempted to ‘steal to order,’ moving from car to car to make the right choice –  before police were called in by Farsights’s CCTV operators to arrest them that is!

AutoCar’s article entitled ‘Why are car thefts still on the rise?’ describes how criminal gangs are increasingly recruiting so called ‘clean skins’ – young people with no criminal records to steal cars. Often these stolen cars are driven to places and left for up to four days to establish whether they have tracking devices fitted.

Clive Wain, head of police liaison at Tracker is quoted as stating that cars are stolen for one of four reasons:
1. For export, often to Eastern Europe
2. To order, for their identity to be changed for resale in the UK
3. For parts, where the vehicle is stripped down in a ‘chop shop’
4. To be used in further crimes.

Police are going to extraordinary lengths to tackle the organised criminal gangs that are driving the ‘vehicle theft industry’. Recently, about 400 police officers from the Met, Essex Police and Transport Police services ran a joint operation with raids across the county as part of an investigation into thefts of cars worth a total of up to £4m.

Motor thieves are stealing some of Britain’s most in-demand cars and selling them on the black market for as little as £1,000, according to AX’s latest investigation. This report reveals the shocking black-market of vehicles once stolen.

This is cited as a typical car thief’s shopping list:

Reselling whole cars is a risky business, even for criminals and it is not just the thefts of whole cars that affect car showrooms. It seems that car parts have become new treasure as manufacturing production lines close due to the coronavirus outbreak.

Opportunistic criminals are targeting vehicles to fill the replacement parts gap, caused by the shutting down of manufacturer supply chains. Police are fighting an increase in the number of ‘chop shops’, where stolen vehicles are stripped for their parts. These parts are then sold on.

The news channels are filled with reports on catalytic converter thefts:

With reports of 1,000 catalytic converters a month being stolen in London alone, it is clear that this type of threat is spiralling out of control. According to the Guardian, the big insurers have reported seeing as much as 600% increase in claims involving stolen catalytic convertors costing on average £1,000 per claim.

It becomes obvious why brand new, unused catalytic converters parked on display on dealership forecourts would be an attractive prospect to thieves. With the help of a jack and a power hacksaw, gangs can strip the parts from under a parked car in minutes and this type of theft is harder to detect as the criminals are generally hidden from view under cars.

It is thought thieves are making between £300-£500 per converter  which are sold overseas through scrap metal dealers.

It’s not only car and van thefts that are soaring, but motorbike thefts too…

A vehicle crime report published by MCN in 2019 highlights that motorbikes are the most likely vehicle to be stolen. Shockingly, this report showed that in London 1 in every 12 bikes were reported stolen.

The national average of one in 46 bikes reported stolen still means that motorcycles are seven times more likely to be stolen than any other road vehicle.

What happens to stolen motorbikes?

Bennetts, a leading bike insurer revealed that cloning stolen motorcycles is still popular with thieves, and they’re more sophisticated than ever before. However, cloning is time-consuming, and organised crime is always in a hurry to turn a profit; a good proportion of bikes therefore are simply stripped down for parts and sold on the black market.

With the threats posed by opportunists and organised crime to motor dealerships and car showroom forecourts, whether part of large automotive retail groups or independents, it is clear that effective security is vital to protecting assets, premises and people.

It is estimated by UHY Hacker Young that the value of inventory that is held by UK car dealerships on the forecourts is as high as £27.3 billion, which demonstrates the significant level of risk that these businesses must mitigate. As such, maintaining and optimising the security of car showrooms and vehicle retail forecourts is a key priority and one that most take very seriously.

Increasingly, the use of CCTV and remote CCTV monitoring station partners is being considered as a crucial measure, as part many security systems and strategies to protect their assets, premises and people.

The use of CCTV and CCTV remote monitoring has many benefits in protected businesses from vehicle crime, such as the potential to proactively deter incidents in real time and to prevent them progressing with a rapid response escalation in contrast to retrospective reflection once the incident has happened and loss/damage has occurred.

Preventative security measures are particularly important as according to the Office for National Statistics, just 40% of stolen vehicles are recovered. Most of these are damaged and 20% written off.

Farsight has worked across the automotive sector, particularly car dealerships car showrooms, vehicle hire groups and motorcycle dealerships for many years and considers itself as a leading remote security monitoring partner working with businesses large and small.

Our security team would be happy to discuss your security optimisation needs to help you mitigate against vehicle crime, whether you are a security installer or responsible for site security. Simply drop us a line via our contact form, request a call back or give us a call on 0845 371 0101.

We have produced several articles and guides that may help you in making important decisions in optimising site security at car showroom site(s) or car dealership forecourt(s).