It’s the type of plot you would expect to see at the heart of an action packed movie. Farsight’s latest incident involves criminal planning, disguise, deceit and…an attempted art gallery burglary! Of course, one bit of the plot that the criminal’s didn’t account for was the quick thinking and vigilance of Farsight operators outwitting their every move.

At quarter to 11 in the evening on the 19th August 2014, Farsight operators were approaching the middle of their nighttime shift. An alarm was raised on a building site, monitored by Farsight, announcing unusual activity. The Farsight team is always aware of monitored sites’ working hours and the personnel expected to be on site. As a result, the security operator immediately knew that the building site should be deserted at quarter to 11 on a Tuesday evening. 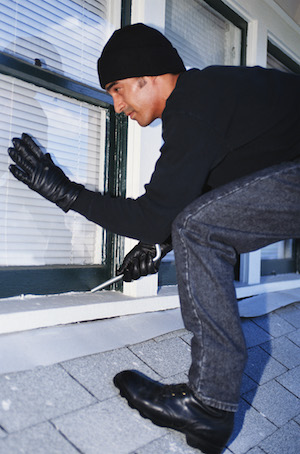 The security operator was already highly suspicious about their activity, and the operator’s concerns were immediately confirmed when the intruders began to remove their disguises. All building site personnel know that a hardhat and high-vis jacket are to be permanently worn whilst on-site!

Before the criminals had a chance to even taken off their jackets, the police were already en route to the building site. The Farsight operator had taken the immediate action of notifying the police.

At the same time the operator quickly called the site’s keyholders, and kept them up to date continuously as the event unfolded.

The police quickly arrived on the site and arrested the three individuals immediately for trespassing on private property. However, the plot thickens!

As police investigated further into the incident, the criminal’s plan quickly unraveled. The police quickly identified that the three intruders had, in fact, been using the building as a gateway into an art gallery next door.

Their plan had been to use the building site as their access point to a high-end art gallery located directly next to the site. Although the building site appeared to be deserted at nighttime, the criminals did not count on the clever surveillance of Farsight operators catching them out!

This incident highlights the absolute necessity of CCTV at unattended sites. Without the surveillance equipment and effective remote monitoring, thousands of pounds could have been lost. Not only could the art gallery have suffered devastating financial loss, the building site too could have been compromised and could have suffered serious criminal damage.

Not only that, but the incident demonstrates why remote monitoring is an effective means of security: the surveillance equipment picks up on unusual activity, which is then verified by highly skilled individuals. Without the human interaction in this incident, with the operator scanning the surveillance images and recognising the fact the site should be unattended, the incident could have gone unnoticed and the criminals would have been left to develop their plan even further.

Creative Commons “CCTV” by Sean Murray, licensed under CC by 2.0