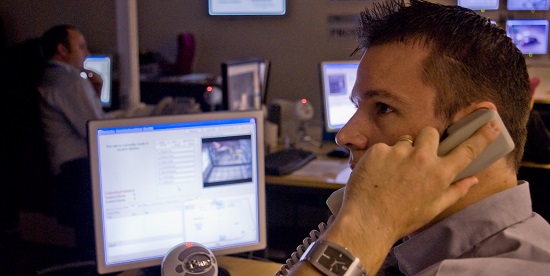 The Farsight team are used to witnessing regionalised CCTV drop-outs, but yesterday’s nationwide BT broadband failure kept the operations team on its toes.

During the course of the afternoon of February 2, tens of thousands of BT customers around the UK lost broadband internet for around three hours.

As BT connections went down across the country, Farsight HQ received over 400 separate alarms from affected sites. However, the monitoring team were on the case in seconds.

On receiving confirmed alarms of lost BT connections, Farsight operatives contacted each and every customer to inform them of a loss of live footage, advising installers and keyholders of next steps while their connections were down.

The operations centre was also immediately split into case teams – with one team of our eagled-eyed operatives managing ongoing live sites and potential incidents, and the rest handling those with lost connections.

Customers and installers were also able to keep up with fault tracking – and wait eagerly for an established connection – by following connection updates (or lack of) via Farsight’s real-time YourSight tracker.

As sites came back online throughout the course if the afternoon, customers were notified by YourSight, as well as receiving calls from the Farsight team to confirm normal internet service had resumed.

Farsight IT manager Joel Babb said: “Every day is a busy day at Farsight, but yesterday’s widespread drop-out was a change for a Tuesday afternoon!

“We’re used to regionalised connection losses over city-wide areas, but yesterday’s outage was one of largest we’ve had to manage in a while. But it was all in a day’s work for the team – our industry-leading fault tracking software and commitment to customer service meant customers were kept up-to-date throughout the incident and, thankfully, we were soon back to business as usual later that evening.”