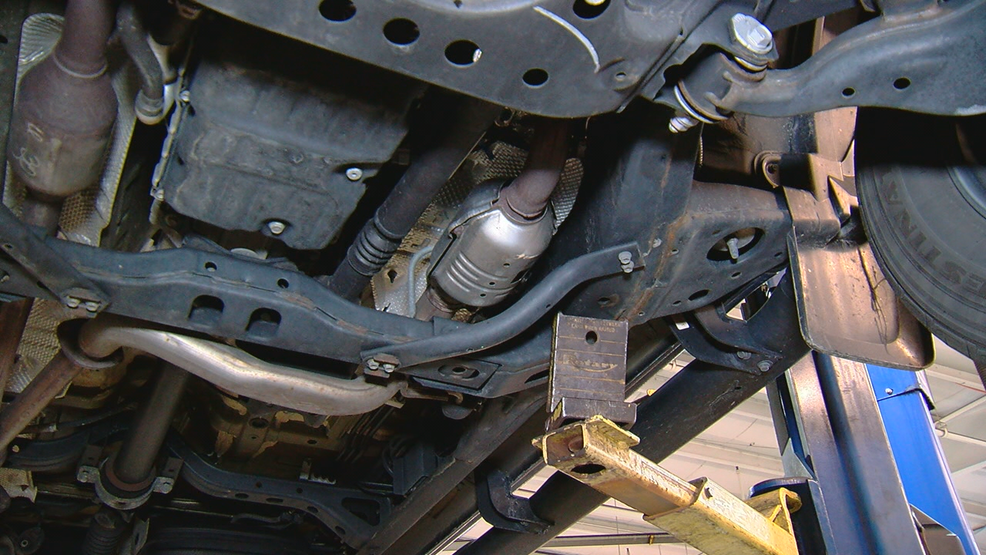 Last week, Farsight’s remote CCTV operators’ quick response and vigilance were instrumental in the arrest of thieves at one of the many national car dealership forecourts that we monitor.

After spotting two intruders on site, Farsight’s operators alerted both keyholders and police who arrived on the scene to arrest the thieves whilst they were still under a jacked up car attempting to cut off the exhaust system.

We have a huge surge in attempts to steal catalytic converters from car retail forecourts over the past few months, but why?

The news channels are filled with reports on catalytic converter thefts:

With reports of 1,000 catalytic converters a month being stolen in London alone, it is clear that this type of threat is spiralling out of control. According to the Guardian, the big insurers have reported seeing as much as 600% increase in claims involving stolen catalytic converters costing on average £1,000 per claim.

It becomes obvious why brand new, unused catalytic converters parked on display on dealership forecourts would be an attractive prospect to thieves. With the help of a jack and a power hacksaw, gangs can strip the parts from under a parked car in minutes and this type of theft is harder to detect as the criminals are generally hidden from view under cars.

It is thought thieves are making between £300-£500 per converter which are sold overseas through scrap metal dealers.

Having the right security measures in place is crucial.  CCTV with remote monitoring can be an effective security defence to be able to spot, deter or even catch thieves in the act.

What is remote CCTV monitoring?

You may also be interested in reading these articles from our blog to help your business security: