Akeel Khalil has been a real asset to Farsight for over ten years now – with his expertise not only proving instrumental for our team but for our customers and installers too.

It is our absolute pleasure to announce that Akeel is now business development manager (BDM) for the south at Farsight.

Chris Shields, UK sales manager, said: “Akeel has been doing a brilliant job in his role as business development manager since January 2017. Even before he stepped into the role, he had developed strong relationships with many installers as a result of his previous client account management responsibilities. Now, as BDM, he’s continuing to build upon that and is proving to be – once again – a fantastic member of the Farsight team.”

Starting at Farsight in 2007 as CCTV operator, Akeel quickly familiarised himself with our core remote monitoring service. Experiencing on a day-to-day basis the challenges of monitoring CCTV and always remaining vigilant.

Quickly progressing through the ranks to senior CCTV operator in 2008, Akeel then went on to a team leader role and then service administrator at Farsight. From there, Akeel’s people skills proved to be crucial in providing an excellent experience for installers and customers. As a result Akeel was promoted to client account manager – working directly with installers to ensure they were getting the high-quality service expected of Farsight.

At the same time, Akeel became qualified with the SSAIB to become our internal auditor, tasked with ensuring Farsight’s operations meet the high industry standards required of a remote monitoring station. 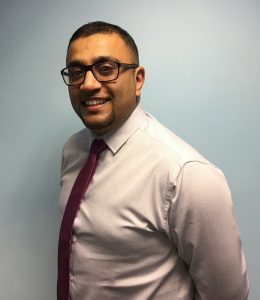 Today, Akeel continues to be Farsight’s internal auditor but has once again stepped up through the ranks to become business development manager of the south.

Now travelling to work directly with installers across the southern half of the UK, Akeel explains: “This role is the perfect match for me. I’m a real people person and I pride myself in always doing my upmost to find the best solutions for installers and their customers.

“My career so far at Farsight has been a brilliant experience. As an individual with a lot of ambition, I’ve had many opportunities to prove myself and progress.

“Not only that but team here are great and the company as a whole is fantastic to work for – Farsight are a really transparent and honest company. They always strive to provide a high-quality, reliable service that installers can depend upon. It’s hugely rewarding working for a company like that.”

Beyond work, is always trialling the latest bit of tech – making him the go-to iOS problem-solver for the Farsight team.

He also co-hosts a popular local radio show called Let’s Talk, discussing weekly current affairs. In between all of that, Akeel regularly fundraises and raises awareness for local and Unicef charities.

If you would like to find out more about how Akeel could help find a remote monitoring solution that works hard for you and your customers, call us on 0845 371 0101 or email [email protected]