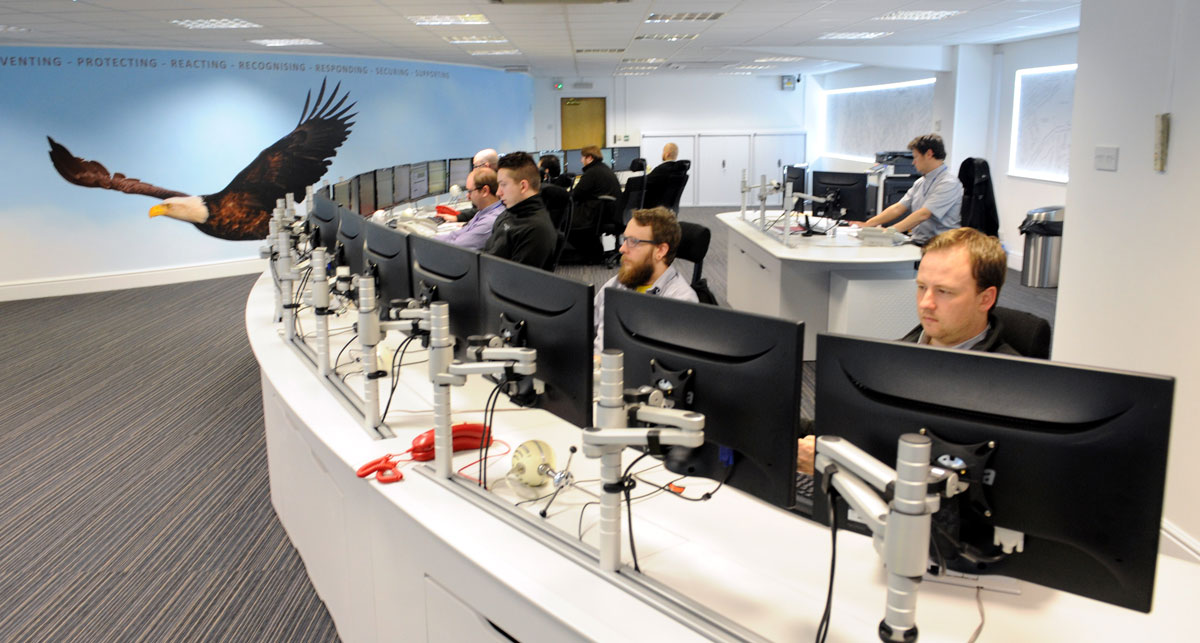 Large distribution sites, with numerous on-site valuables, lots of ground to cover and plenty of hiding places, can seem like rich pickings to opportunist thieves.

But these sites are also well-lit and well monitored, often by remote security experts like those based at Farsight HQ.

On January 23, Farsight night-shift workers received a warning alarm from a parcel distribution depot in Glasgow.

The team soon spotted two individuals moving around a secured compound area at 22:37, attempting to remove pallets from the site.

In total, operators received 11 rapid-fire alarms alerting them to the crooks and were quick to respond, giving an out a clear audio announcement in an attempt to deter and remove them.

However, the thieves carried on regardless, removing pallets and throwing them over the compound’s security fence and into adjacent woodland for later collection.

Watching the brazen pilferers, the Farsight team then immediately called the police and the site’s keyholders, who were both on the scene in a matter of minutes.

Realising they has been rumbled, the culprits ran for it. However, the authorities were quickly able to retrieve the property, as well as capturing and detaining one of the suspected criminals who was attempting to flee via the nearby woodland.

As well as demonstrating the rapid and comprehensive surveillance gathered by the eagle-eyed Farsight team (based more than 320 miles away at Farsight HQ at the time of the event), this incident is another fantastic example of how remote monitoring works smoothly with the authorities and keyholders to keep people and property safe from criminals.