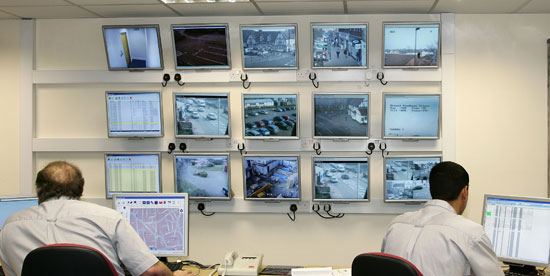 In order to keep the sites we monitor secure, the Farsight team must be completely vigilant. What might at first appear to be a fairly innocent incident, could lead to something more serious if it’s not picked up.

On the 7 February 2016 at 22:07 two people were spotted on site at a Land Rover dealership in Lancaster, within easy to access an open area of the forecourt. Following this observation, the Farsight operator delivered a stern audio announcement, and following this nothing untoward was seen.

However, later that week on the 10 February at 01:07 the individuals returned to the site. It later transpired they were ‘scoping’ out the location on their first visit, to return on the 10th to acquire items they had previously spotted.

After the individuals were spotted for the second time in one week, the Farsight operator quickly called the police and the keyholder, after issuing a clear audio warning. The police and keyholder were on site within a few minutes, with one individual arrested shortly afterwards. Following a search of the premises, the police and keyholder discovered a stash of items they believed to be stolen from the dealership. An update from the authorities later revealed the second individual had been detained, and all stolen items had been recovered.