As many of you may know, in 2007 Farsight became independently owned by Optex Japan: the world’s leading manufacturer of intruder alarms and CCTV passive infrared detectors. In the seven years since, the relationship between Optex and Farsight has become more and more fruitful.

Together we combine the very best of the security industry: the benefits of a global industry leader, the reputation of the UK brand and the knowledge of experts at both Farsight and Optex.

On the 17th June 2014 we were delighted to welcome key members of Optex Japan to the Farsight Observatory. Those who visited were:

Their visit to the Farsight Observatory was en-route to IFSEC, in ExCel London, and it gave them the opportunity to see how Farsight had progressed whilst also preparing themselves for the next few days at the busy exhibition.

Their visit to Peterborough, the home of Farsight, began with a meal at one of the city’s top restaurants – showcasing British food at it’s best! On their return to the Observatory, Malcolm O’Shea Barnes, senior operations manager at Farsight, gave them a guided tour of the remote monitoring station. 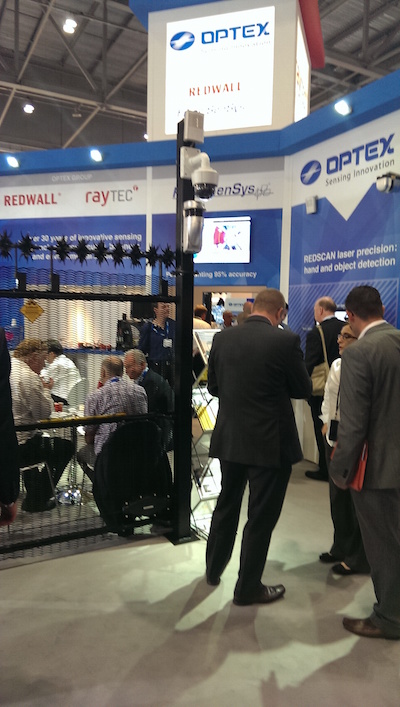 On top of that, our guests expressed an interest in the regulations that Farsight conforms to as part of the UK security industry. Indeed, there was a keen focus on the necessary compliance with British Standards and what they meant for the security industry – especially with Farsight having been the first remote monitoring station in the UK to become fully BS8418-compliant.

Malcolm demonstrated how Farsight’s services work to provide peace-of-mind to its clients through using cutting-edge remote monitoring software. The Optex guests were also shown around the Observatory, which is currently undergoing a lot of changes.

After their busy day in Peterborough, Takashi, Hiro, Atsu, Takao and Shinya headed to London for IFSEC, which of course proved to be a busy few days with the Optex stand a fantastic success.

Our thanks go out to the Optex Japan team for visiting the Farsight Observatory – and we wish them a safe journey home!