Home » Blog » Behind the Camera: Discover who works behind the CCTV cameras

The world of CCTV cameras and remote monitoring can seem like a mysterious one.

Who sits behind the cameras? Who issues a warning via speakerphone to a site? 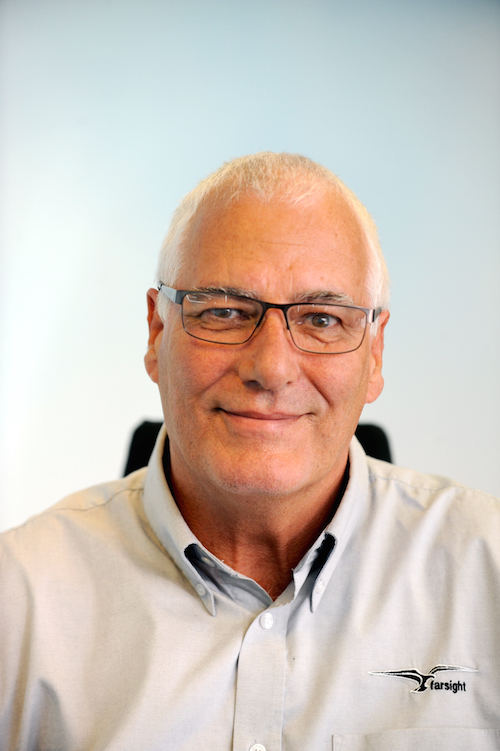 These questions are especially prevalent when we know the person monitoring the CCTV isn’t located on the site, but perhaps at a central monitoring station many miles away.

We wanted to uncover a little of the mystery surrounding who is behind the cameras – so we interviewed Rod Bosworth, our dedicated petrol forecourt operative. Rod reveals exactly what he sees on a day-to-day basis through the lens and what his role here at Farsight really means.

Hi Rod, thanks for taking part in the Farsight behind the camera series. Can you start by telling us a little more about your time here at Farsight?

Of course – I’ve been a part of the Farsight security team for eight and a half years now.

For seven years and eight months of that time I was in a night operator role. In that position I was responsible for the monitoring of sites and alarms during the night shift. This was often a really crucial role. Intruders make the most of unattended buildings at night!

But after working the night shift for over seven years I was delighted to be made petrol forecourt operative at Farsight. This meant a move to daytime monitoring and a change in responsibilities. Instead of monitoring a variety of sites – from car forecourts right through to constructions sites – my change in role meant I focussed solely on the high-risk environment of unmanned petrol forecourts.

The role of petrol forecourt operative was completely new to Farsight, as demand for this very specific service had rocketed. They needed someone who was familiar with Farsight, as well as quick to adapt to new software and had expertise in security monitoring. I was delighted to fit the bill and started in February 2014.

You can find out more about the work Farsight does for unmanned petrol forecourts in our news story: Remote Monitoring: Making unmanned forecourts a safe, and popular option

Had you worked in security before you came to Farsight?

Farsight was my first security role, but with the extensive CCTV training they have in place I rapidly picked up the necessary skills and made vigilance an absolute priority. As a security operator, you have a lot of responsibility in protecting sites from numerous dangers – and it’s definitely not a responsibility I take lightly! We look after a site like it’s our property, with the same level of vigilance and caution. On top of that, we’re fully trained operators and highly skilled in the job we do. It makes for the perfect mix.

If you could give site owners one tip on improving their security, what would it be?

Honour the investment you’ve made in laying out site boundaries! You’ll be amazed by the amount of sites I see, which have invested a lot of money into erecting substantial security gates and fences, and then leave their sites open to intruders.

Whilst working the night shift, I saw many incidents where individuals illegally entered sites by scaling security fences and climbing down onto boxes, crates and vehicles to gain access safely. It’s the perfect way for an intruder to climb down into a site or indeed, for them to exit the site quickly after they’ve been frightened off by an audio announcement!

What do you think of the reputation CCTV has?

I believe that the vast majority see CCTV as a benefit – most of us want to an end to criminal activity. The minority, who do see CCTV as intrusive, in my opinion simply seem to think so because they haven’t had any direct involvement with it. When operators are correctly trained, regulations are abided by and laws observed, CCTV is an effective way of protecting property. If CCTV was offered free to every household I’m sure the majority would see it as a positive action.

As a security operator, what makes monitoring a site a lot easier for you?

Monitoring sites is made a lot easier by the software we currently use. Good quality equipment on site, such as high spec cameras, working audio equipment and effective lighting, is also a major contributor to the efficient monitoring of sites.

Unfortunately, not everyone appreciates the importance of maintaining the equipment to a high standard and this makes security monitoring very difficult. For example, on night shift you really appreciate how much easier it is to monitor a sight when it has a good lighting in all vulnerable areas.

Apart from poorly maintained equipment, what is another challenge you face as an operator?

I’ve got to say it’s probably the pressure I apply to myself when trying to maintain an almost perfect record in eight and half years of monitoring alarms! My objective has always been not to miss any criminal activity and to fully protect a customer’s property: any mistakes would ultimately cost the customer and Farsight from a financial and reputational point of view.

Finally, can you tell us what the most bizarre thing you’ve seen via CCTV is?

This one’s easy – when I was working night shifts, I’ll never forget receiving an alarm for a site, when I viewed the footage there was a wallaby walking across the car sales forecourt!

On the other hand the most dangerous incident I’ve ever witnessed was an individual smoking whilst filling up a vehicle. It’s unbelievably dangerous and goes to show how important it is to have remote monitoring ready to capture such behaviour.