Home » News » A secured site is no place for a party

Sometimes threats to a site don’t come from your typical burglar – climbing through a window, grabbing valuables and making a hasty exit. In many instances the threat can be drawn out, with individuals damaging or vandalising a site. 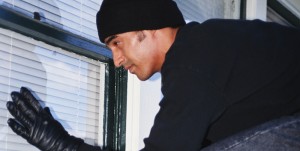 They didn’t linger long at the site and vacated the area. But Farsight’s operators remained vigilant – and rightly so.

A short while later the youths returned, along with four other people. Immediately noticing the repeat visitors and their friends, a Farsight operator issued an audio announcement stating that the site was a secure area and that they must immediately leave.

Despite the audio announcement the youths remained on the site – not heeding Farsight’s warnings.

The youths then proceeded to kick barrels and move items around the site. As a result Farsight quickly called the police, explaining the escalation in the incident. Ten minutes later the police were on site and five of the youths were arrested.

Although this may seem like a low-level threat, simply trespassers making a nuisance of themselves, minor incidents like these can cause a big headache for site owners – particularly construction managers who are trying to efficiently run a building site. The last thing they want in the morning is to discover damage, with the inconvenience of equipment moved around and potentially removed from the site.

As a result, Farsight stopping the incident from going any further could have saved the site owner significant money and stress – showing just how important remote monitoring can be.

Beyond the risk of material damage to the site, the youths were clearly putting their welfare in danger too. A building site is no place to get together with a few mates. Hence why there are extensive health and safety measures in place and boundaries to stop unauthorised individuals accessing the site. As this incident shows, remote monitoring is important in ensuring the safety of individuals on site is upheld too. Find out more about the role remote monitoring plays in our blog Health, Safety and Security.

To make sure your property is protected from incidents like these, find out more about building site security.